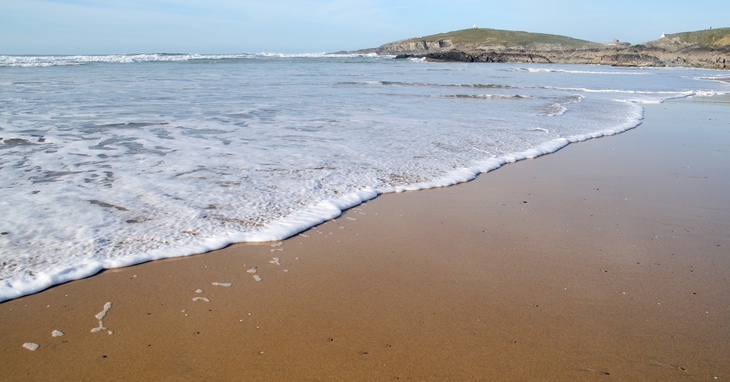 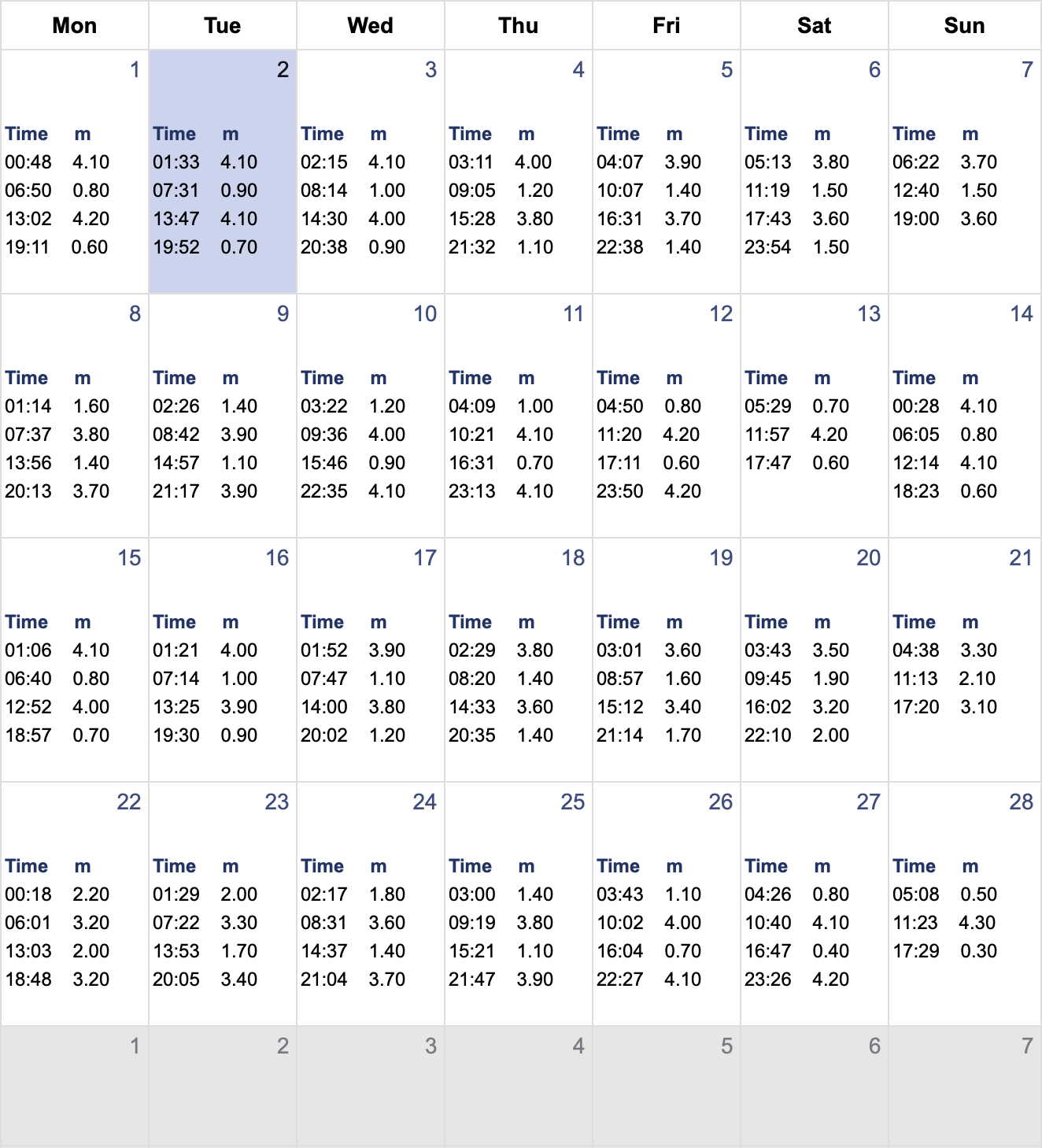 The official tide tables for Cowes are shown above, as supplied by the UK Hydrographic Office (UKHO). High Water (HW) times given in the Admiralty tide tables correspond to the beginning of the HW period in Cowes. From 1st January 2018, tidal predictions for Cowes have been based on a tidal curve specific to the harbour.

All times are 'local time' and corrected to account for British Summer Time (BST) where appropriate. 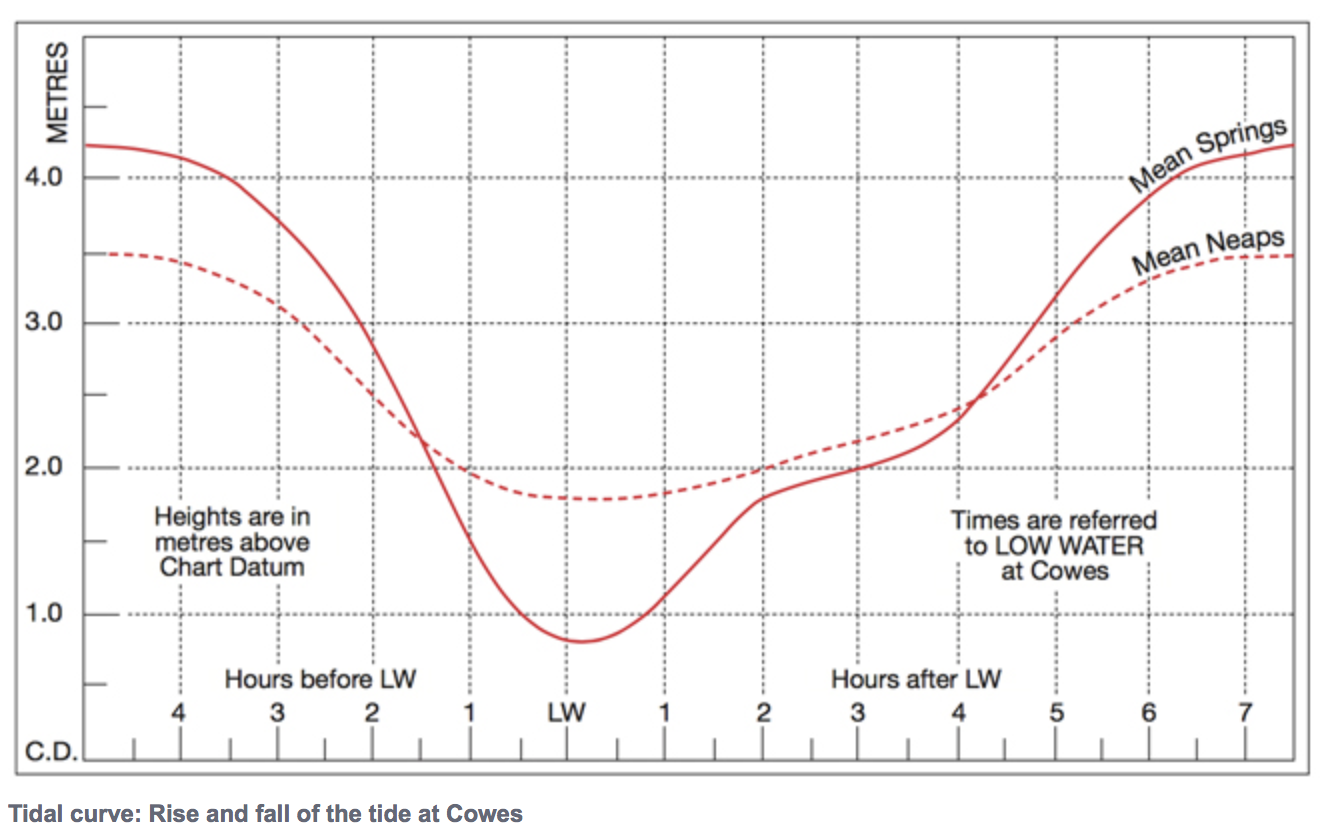 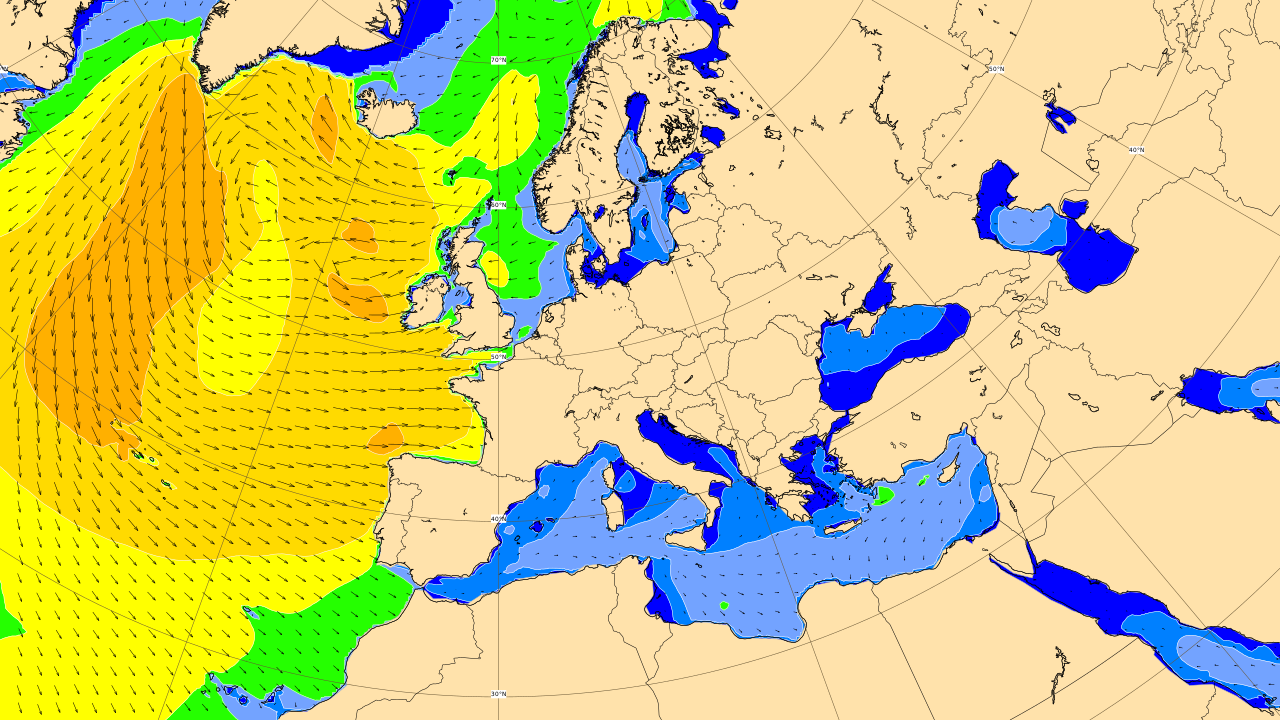 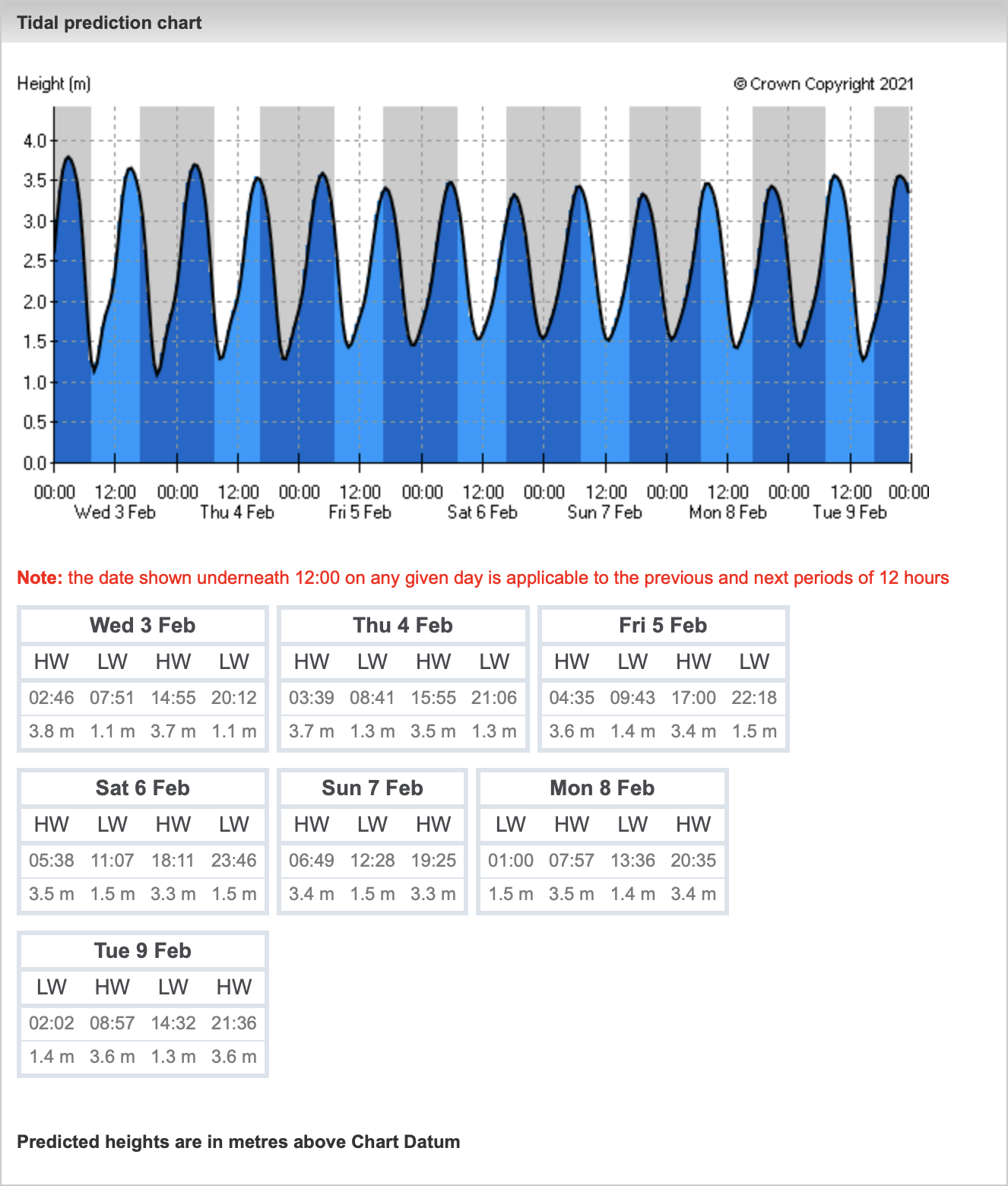 Scientists use measurements of the height of the water level to examine tides and the various phenomena which influence tides, such as hurricanes and winter storms. 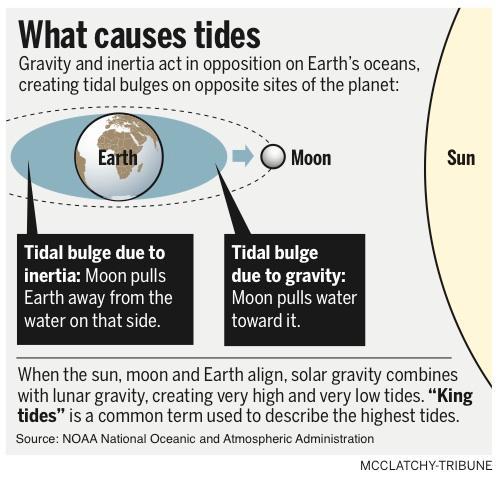 The official tide tables for Cowes are shown above, as supplied by the UK Hydrographic Office (UKHO).